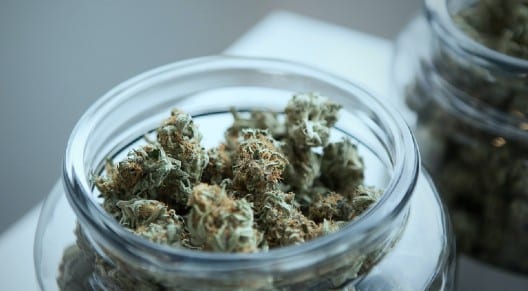 How much do you know about cannabis? Read through these interesting facts and impress your friends with your cannabis knowledge. And if you want to enjoy cannabis products while you do so, order marijuana delivery from Sticky Thumb in San Francisco!

Research has shown that female rats react differently to THC than males, which may also translate to gender differences in how humans react to cannabis. They found that females had a higher tolerance to THC and were most sensitive to the effects of THC during ovulation. Ironically, women are often excluded from marijuana studies because of their fluctuating hormones.

The hops that are used in beer are from the same family of flowering plants as cannabis. That’s why marijuana bud and hops look so similar.

Scientists Are Unable To Create A Pill That Replicates Marijuana

Marijuana is often used for medical purposes, such as to aid digestive processes for terminally ill patients or reduce pain. More research needs to be done on cannabinoids and why they provide relief to many sick people. Because of this, scientists have yet to find a pharmacological replacement for marijuana.

Marijuana Hasn’t Always Been Illegal In The U.S.

While there have always been restrictions on marijuana, it wasn’t until the 1930s that it started to become classified as an illegal drug in some places. It was classified as a controlled substance act in 1970, under the Controlled Substances Act. This law effectively made marijuana illegal in America.

Marijuana is the most widely used drug in the world. Nearly a half of Americans have tried marijuana and more than 18million have used marijuana in the previous month.

40% Of Drug Arrests In The U.S. Are Marijuana-Related

We have four marijuana delivery locations around San Francisco, and an extensive menu for marijuana delivery, including flower, edibles, concentrates, topicals, and more. It’s our job to find you the best cannabis products, and everything on our menus is tested by State Licensed testing facilities. We carry the brands you love and are always on the lookout for new, exciting products. If you’re looking for weed delivery in Monterey, Salinas, or Peninsula, look no further than Sticky Thumb!

We're sorry, but delivery is not available in your location. Please click here to see our delivery locations.

You must be over 21 years of age or valid medical recommendation. Click Yes to agree.

We have changed back to our original system. If you’re having trouble logging in either click forgot password or re-register.

We apologize for the inconvenience the new site will automatically calculate the best discount and show at check out.

Please use the form below to have your product reviewed for exchange. All sales are final, unless the product is damaged. Edibles, Cartridges and Concentrates “melting” “leaking” we must be notified immediately after delivery. We suggest checking your products upon delivery, we are not responsible for products after delivery being stored incorrectly. For a defective cartridge please try different batteries if possible, and please do not tighten the cartridge all the way. Our driver will test product upon return.